The 10 most dangerous places to live in the world

Read Time: 7 Minutes
Suitable For: Anyone who is interested in the most dangerous cites and towns in the world

Not all places in the world are born equal. UK PCB takes you on a trip around the world to see places that are definitely less than safe

filed under: Guides for Selling Property

There Are Some Very Dangerous Places To Live In Our World

Over 300,000 Brits opt to look for a quick house sale so that they can up sticks and emigrate each year to escape everything from the weather to taxes and inflation – or just to seek a better life elsewhere. Australia, Canada and Spain are the most popular destinations for expats, but many people are looking to take a less well-trodden path.

However, caution pays before taking steps to sell your house fast and heading off into the great unknown. You should do your research before you book your flight as there are some countries that you may want to cross off your list.

Here are the 10 most dangerous countries to live in, based on the SPI’s 100-point personal safety index, where the safest places score close to 100.

Although the Sudan boasts beautiful scenery, it is one of the poorest nations in the world. The climate can be harsh and drought is common, leading to shortages of food and outbreaks of disease. Largely thanks to ethnic strife and a harsh militia in government, almost two million Sudanese people have died since 1983 due to famine and civil war.

Mexico’s stunning scenery, tropical climate, and crystal-clear waters make it a mecca for tourists and although you’re safe if you stick to the well-trodden tourist routes, you might want to think twice before moving there permanently. Away from its five-star resorts, Mexico is known for its drug cartels that are locked in a centuries-long war with the authorities. It is estimated that the drugs war has claimed around 100,000 lives with many more missing. Mexico also has a homicide rate of almost three times the world average. 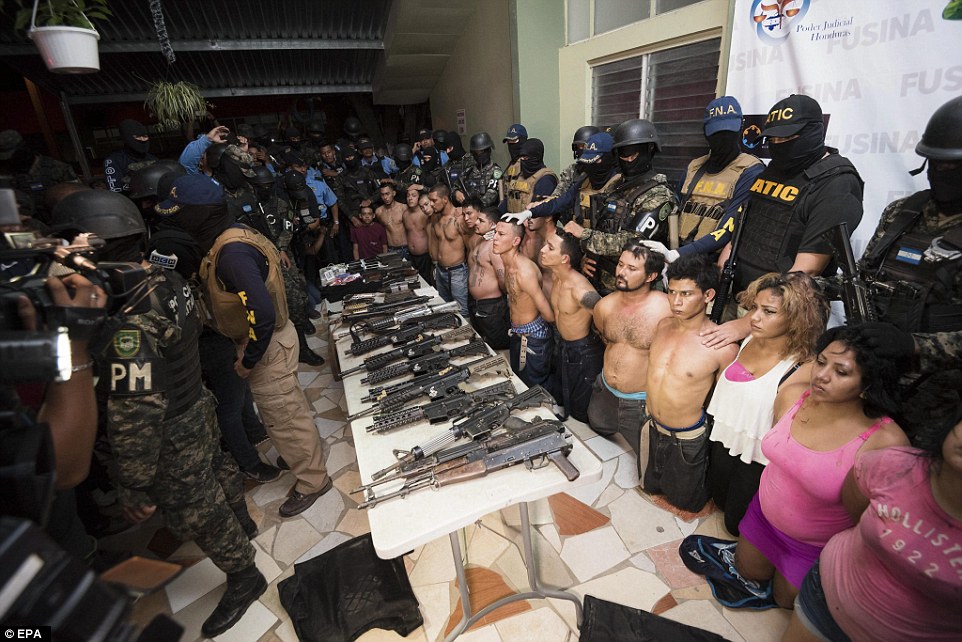 It has been reported that Honduras sees approximately 81 homicides for every 100,000 of its population every year. This gives the country the dubious honour of having the highest murder rate in the world. The high casualty rate is largely blamed on the Latin American drug trade and gang-related crime. So, although the climate is balmy and property is readily available and cheap, you might want to give this relocation destination a miss.

The Dominican Republic is undoubtedly one of the world’s most popular hotspots for beach lovers and more recently for ecotourism. There’s no doubt that the resorts are safe and property there is very affordable. However, you might want to think twice about relocating there permanently, as the drug trade makes major cities like La Altagracia and Santo Domingo Province extremely dangerous places to live.

Although it has major oil reserves, Chad also has the reputation of being the most corrupt country in the world, with an extremely unstable political landscape and much tribal warfare.

Although South Africa is a wonderful destination for tourists with its fabulous coastline and wildlife, it’s not the safest place to live once you get away from the tourist routes. Despite the stunning properties that you can find there and the availability of work for expats, there are reportedly around 50 murders every day in some of South Africa’s biggest cities, which might just put you off buying a house there.

The UN recently put the Central African Republic on genocide watch and many thousands of people are reportedly fleeing the country as refugees. Tourism and immigration have effectively been wiped out by the activities of armed rebel groups, bandits, and poachers and it’s the culture of violence and oppression that make the Central African Republic the fourth most dangerous place on earth in which to live.

Although there is reportedly a homicide every 20 minutes in Venezuela, its government now declines to publish the country’s crime statistics, which is telling in itself. Corruption is rife and the drug trafficking that abounds throughout every city is allegedly government backed. So, although the climate and scenery may be wonderful, you really wouldn’t want to consider relocating here.

Nigeria has beautiful scenery and a tropical climate. It also enjoys lucrative oil fields. Unfortunately, the country is very underdeveloped in many areas and suffers from gang activity where drugs are shipped across the country, leading to violence that claims many hundreds of civilian lives annually.

Although the war in Iraq officially ended with the withdrawal of US troops in 2011, this oil-rich country remains politically unstable and has fallen under the control of networks of organised criminal gangs and insurgents. Despite the government’s best efforts at establishing democracy and opening the country to international trade and development, Iraq still has the worst record of civilian deaths anywhere in the world.

Although you may have a sense of adventure and are considering leaving good old Blighty for sunnier climes, you would be well-advised to think carefully before selling up and taking off to one of the countries listed above. But even if you’re moving a little closer to home, you’ll be glad to know you can sell your house easily online, so you don’t need to suffer any lengthy estate agent setbacks when it comes to making your dream move.

We buy any house regardless of condition or location. If you are looking for a trustworthy property company then contact UK Property Cash Buyers today for a hassle free quote for any house.

How Much Is Your Home Worth?

Join The Conversation On Social

All of our Cash Buyers are Proud members of